Suzi reminded me that a year ago at this time, we were in New York City. As exciting as all our trips there are, this visit had an amazing amount of memories in a just a few short days.

Here’s a summary in blog posts of some of those memories.

Random thoughts on a train to New York — “The wait, the countdown, the anticipation — all over.

I’m on a train, Kacey Musgraves coming through my headphones, on the way to New York City.

My wife just pointed out the waterfront passing by near the Rhode Island-Connecticut border. It’s pretty nice.”

No plan? No problem! — “At one point, I noticed I was walking differently — head up, shoulders back, chest out, loose, happy … taking in the energy of New York (and the nice weather.)

We walked for miles, never did stop anywhere, never did anything in particular. We just enjoyed the day, the sights and the epic people-watching that goes along with it. 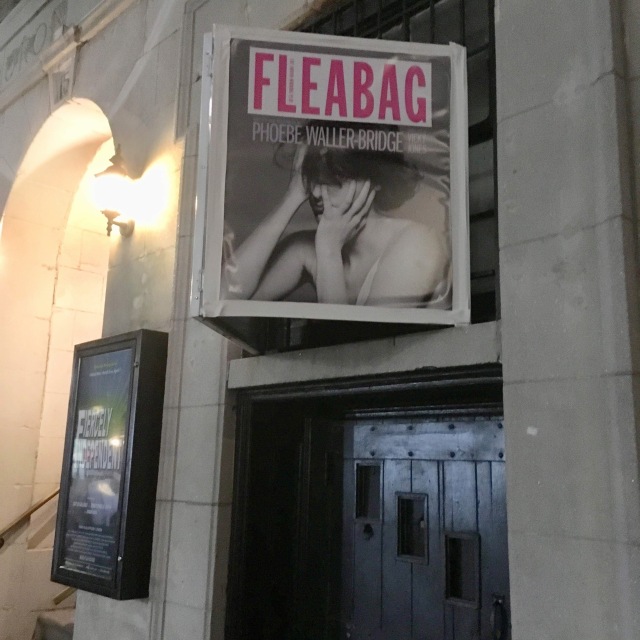 Phoebe Waller-Bridge and the meaning of cool — “I got tongue-tied. Write down the date … Saturday, March 30, 2019.

I shook her hand, told her the show was great, and then basically shut up. I had even thought about asking for a picture, but decided not to.

My wife then talked to her for a couple minutes — they practically seemed like old chums by the end — and then we left. Other people were waiting to see her, including a woman patiently waiting with something for her to sign.”

Sunday in the rain — “As my wife and I were walking to dinner, she noticed an above-the-street business that advertised in neon lights that it was home to both a psychic and a life coach.

If that’s the same person, psychics were real and he or she was good at both, that would be pretty awesome. Someone could tell you what’s going to happen, and then how to deal with it.

Of course, that person would probably be able to afford a better space than a random walkup spot near Chelsea.”

Sara Bareilles and all of her new friends — “She talked with Times music critic Jon Pareles for about an hour — about songwriting and ‘Waitress’ and how Ben Folds told her that yes, her little rebellions were actually ‘punk.’

She told self-deprecating jokes and she swore and she corrected a young woman who she knew had seen ‘Waitress’ more than 50 times by telling her that if she’s writes, she’s a writer, not an ‘aspiring writer.’

And she talked about how Jennifer Nettles is a friend and inspiration, which was right up my alley.” 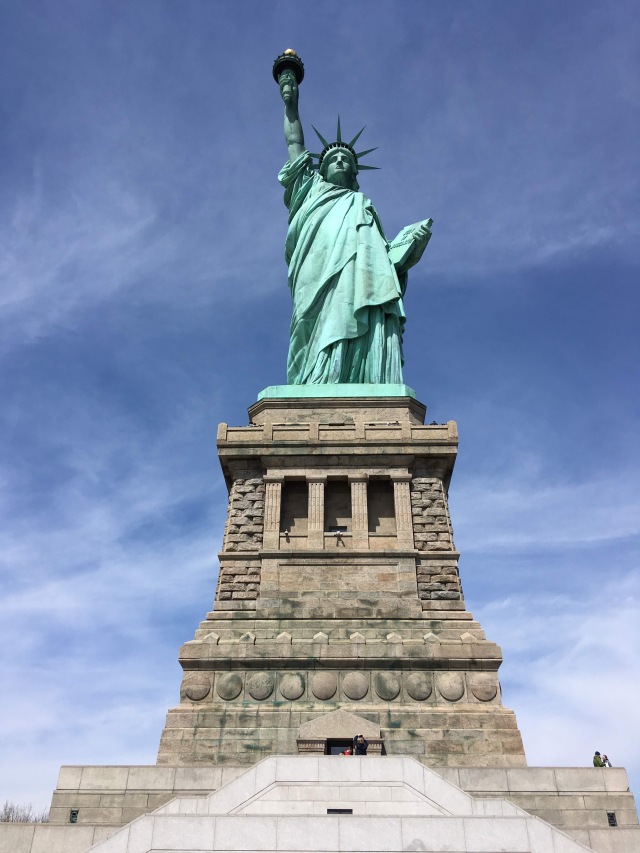 American symbol, American stories — “There was a moment on the ferry when it hit, just as it crossed in front before making the last turn into the dock — ‘That’s the Statue of Liberty.’

Not that it was a surprise — after all, it’s why everyone on the boat was there — but more a moment of awe.

‘That’s the Statue of Liberty.’”

‘Normal’ is what you make of it — “It was probably during one of my nighttime gawkfests in Times Square when my wife said she remains astounded by the way I am in New York.

I’ve been circling around an explanation for years, mostly having to do with growing up in a small town upstate where New York was a fantasy land — a view not necessarily shared by everyone I knew, by the way — but I’m 46 years old, and I go to New York at least once a year, twice if we also go to a Yankees game.

But I think I’m closer to coming in for a landing, and it’s this.”

Sorry … you have to click the link to find out my answer.

Obviously, whatever travel plans we were going to make are on hold for the indefinite future, but the other night, Suzi said she wants to go to New York whenever the time comes that we’re able.

I’m not going to argue with that.

We’ll wait as long as we need to, but for reasons beyond my enjoyment, I hope it’s not another year.