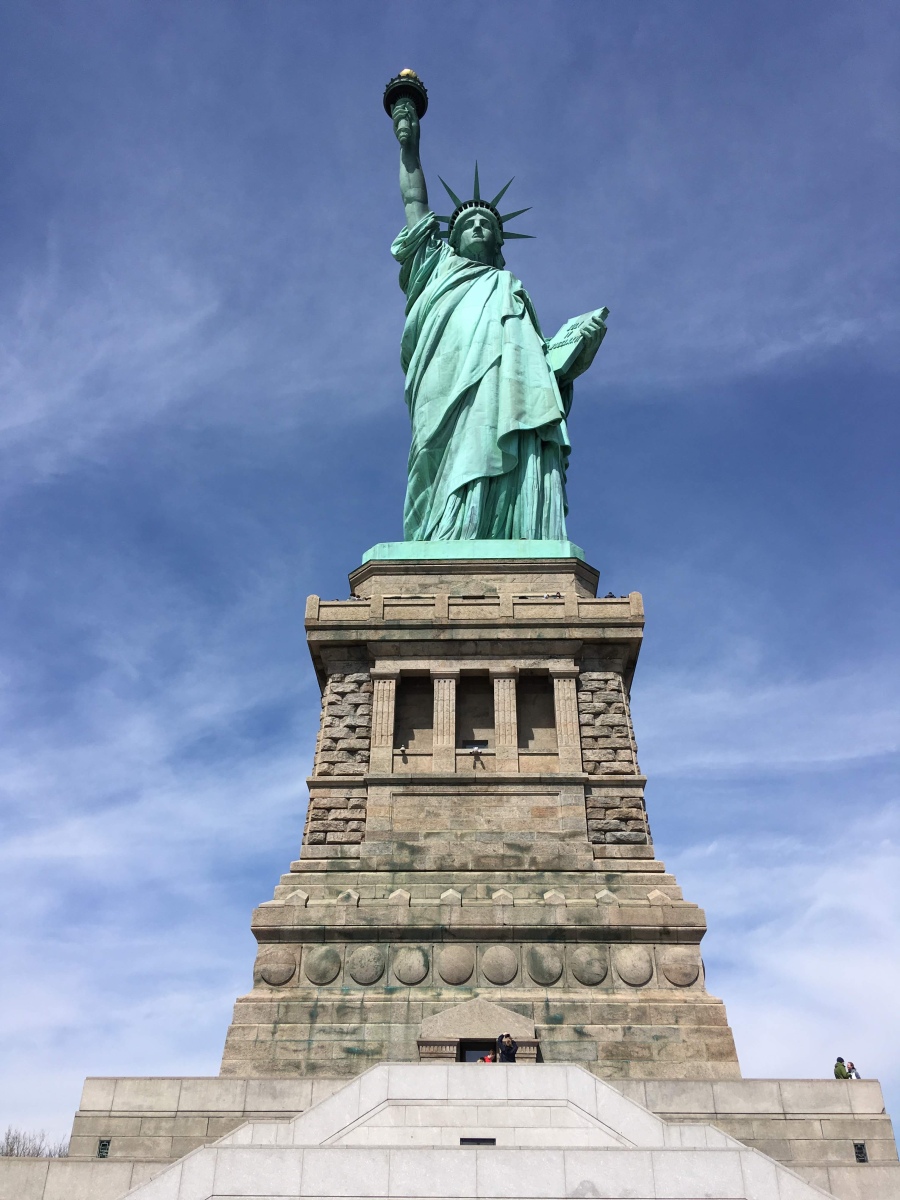 There was a moment on the ferry when it hit, just as it crossed in front before making the last turn into the dock — “That’s the Statue of Liberty.”

Not that it was a surprise — after all, it’s why everyone on the boat was there — but more a moment of awe.

“That’s the Statue of Liberty.”

Is there a more iconic symbol of the United States than the Statue of Liberty?

Maybe the Liberty Bell, but that’s the closest I could think of. If you went anywhere in the world and asked for one object that symbolized America, I’d put my money on the Statue of Liberty.

And all it took to get there was a 10-stop-or-so (albeit slightly delayed) subway ride to Lower Manhattan, less than 10 minutes through a well-organized security line and then a 10- or 15-minute ferry ride.

Sure, it was chilly and windy on the ferry, but a lot of people on a lot of boats had it a lot worse.

For millions of people, their American story started at Ellis Island.

Maybe they were fleeing famine, persecution or war.

Maybe they had just heard the stories of a better life in America and wanted a piece of it for themselves.

But whatever their reason, they were willing to risk everything they had to come to America, even if it meant traveling steerage.

And that was if they had anything to risk. One of the labels in the display at the Ellis Island National Museum of Integration told of a family that carried an empty suitcase because they didn’t want people to know they didn’t have anything. 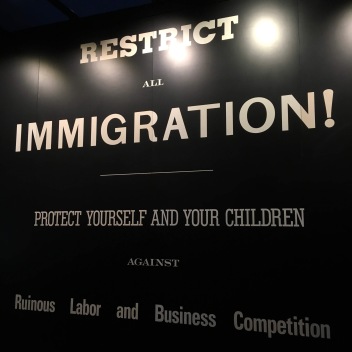 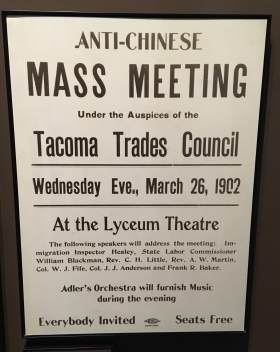 Still they came, and to a country where many people didn’t want them. They’d take jobs. They wouldn’t assimilate. They’d be threats to the children.

Even once we let them in, in wartime, they still had to prove themselves worthy of being here.

From the ferry, from the Statue of Liberty, from Ellis Island, you can see Manhattan, Brooklyn, Staten Island, New Jersey.

You can see the continuation of the American stories that started on Ellis Island, even though it closed for official use in 1954 and fell into disrepair before President Lyndon Baines Johnson made it part of the Statue of Liberty National Monument and  a restoration that began in 1984.

However, the stories continue in their children, grandchildren and great-grandchildren. As you walk the streets of New York, how many stockbrokers, shop owners, police officers, firefighters, waiters, construction workers, teachers, stagehands and anything else you can think of are the descendants of immigrants?

How many are immigrants themselves? They came for many of the same reasons people came 100 years ago.

And it’s not just to New York. Profiled at the museum were the Thomas family, Lebanese immigrants who settled in West Virginia, and the Schneiders, who came to Connecticut from Switzerland.

My wife’s great-grandparents came from Slovakia. As she said, it’s not exactly easy to get to the Atlantic Ocean from Bratislava. I don’t know my family history as well, but since I’m mostly European, it’s possible.

What would our American story look like without theirs, then or now?