My wife and I will always want to be in London.

It’s too charming, too beautiful, too much fun. There’s so much energy radiating even if you’re just walking around.

However, after three visits in five years, the question is what reason we may have to come back to London.

There would have always been a third trip, but this year’s was built around getting tickets to “Hamilton.” 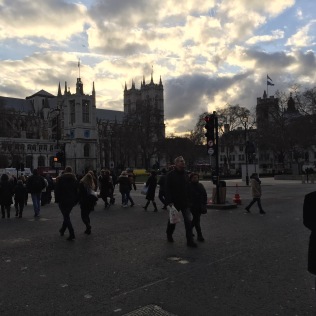 But now we’ve seen pretty much everything we’d want to see in London, unless there’s a play we just can’t miss or someone scores me tickets to a Liverpool game. We’re not the type who goes somewhere just to go somewhere, which is why we don’t take vacations to beach resorts.

It doesn’t mean we’ll never go to London again, but maybe it’ll be the first or last couple days of a trip elsewhere.

Due to renovations, Big Ben won’t be chiming regularly again until 2021. What kind of country will Great Britain be by then?

The country is try to figure out Brexit, but does anyone think Theresa May will still be prime minister in 2021?

Hopefully Queen Elizabeth II continues to reign into 2021 and beyond, but she will be 92 in April.

Whatever happens, we’ll be watching from a distance, although I do know that with the Americans on the sidelines, I’ll be pulling for the English at this year’s World Cup.

This morning, we took a train from London to Edinburgh, from a city we know well to one we know virtually nothing about.

We’re looking forward to the next few days.

3 thoughts on “London Travels: On to Edinburgh”