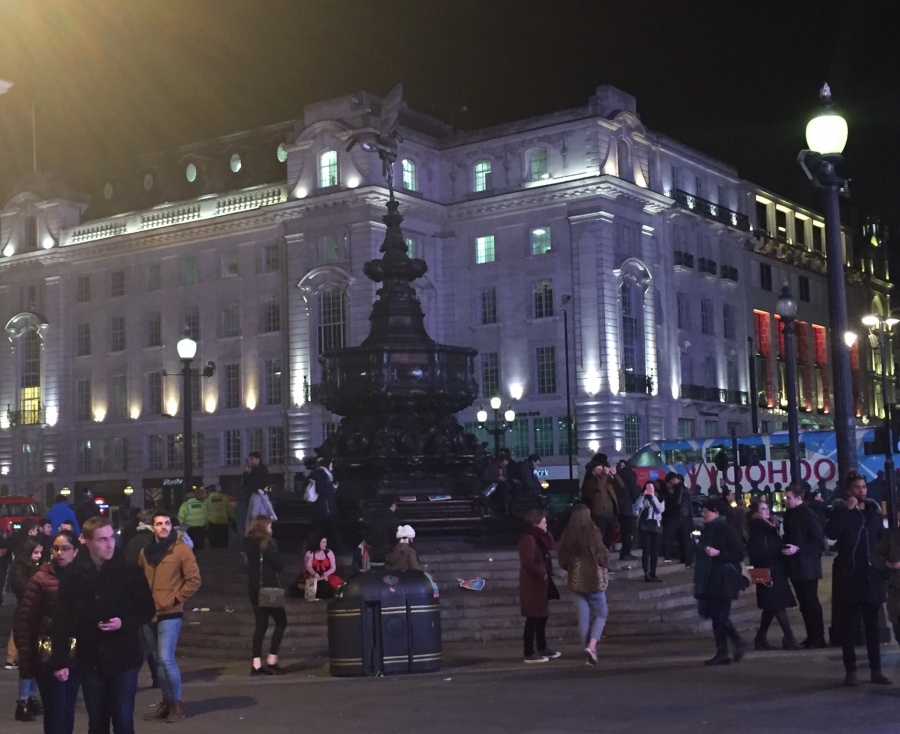 When you’ve been someplace a lot like my wife and I have been to London — three times in the past several years — there are things that become so familiar, that they’re like your own.

We’ll get breakfast supplies at “our” Waitrose, right next to our hotel.

… where the trains will be clean, fast and frequent, and take us pretty much anywhere we want in the city. And I will never not chuckle at “Cockfosters.” (It’s even better in a British accent.)

Piccadilly Circus will always be a chaotic, fantastic, wonderful swirl of activity.

But it wouldn’t be much of a vacation if we just played the hits. The familiar provides a solid base, but even if we’re familiar enough with most of the corners so they’re not all new adventures, the true story of the vacation will be told by what we haven’t seen before.

But then again, that shouldn’t come as a shock. It wouldn’t have lasted 30 years on the West End if they didn’t know what they were doing, and the latest Jean Valjean, Killian Donnelly, is a breathtaking talent.

It was so good, though, and Killian was his usual incredibly friendly self at stage door.

We always plan some of our vacation — “Les Mis,’ “Hamilton” (by the way, we’re seeing “Hamilton” Wednesday), Wembley Stadium tour — and some possible ideas fall by the wayside, like going to the West Ham United-Crystal Palace game because I didn’t want to spend $140 or so for West Ham and Crystal Palace.

Other than that, I pretty much let my wife come up with ideas. So when she suggested going to Southwark to see Borough Market, I didn’t object.

The result was a visit to a bustling, ultra-cool place that felt like a secret world under a bridge that was a contrast to the glitzy, polished London north of the Thames (of which I am also massively fond).

Borough Market was at least planned. Shakespeare’s Globe Theatre was something we decided to basically do on a whim as we walked the South Bank.

I’ve never really been into Shakespeare — although I did see a sketchy National Theatre Live stream of “Hamlet” starring Benedict Cumberbatch in a local movie theater a year or so ago — but it was there, we saw there were tours available, so why not, right?

It was great fun. The theater is a reproduction as close as information and modern requirements will allow, and while it’s used for shows during the summer, we got to see a group practicing as our guide told us about the Globe.

And what a history it was, from its start in what was at the time not part of London — the forebears to our Puritans weren’t interested in the rabble going to outdoor theater, or anyone doing much of anything fun, in the city itself — to why eschewing the original pine for oak on the stage in the reproduction was a mistake. (It turns out that oak didn’t go well with the leather shoes companies tried to use in an effort to be authentic. Injuries resulted.)

It was the kind of surprise that makes a vacation.

P.S. Seriously, listen to Killian Donnelly singing “Bring Him Home.” The sound quality isn’t great, but the guy is amazing.

10 thoughts on “London Travels: New adventures in “our” London”