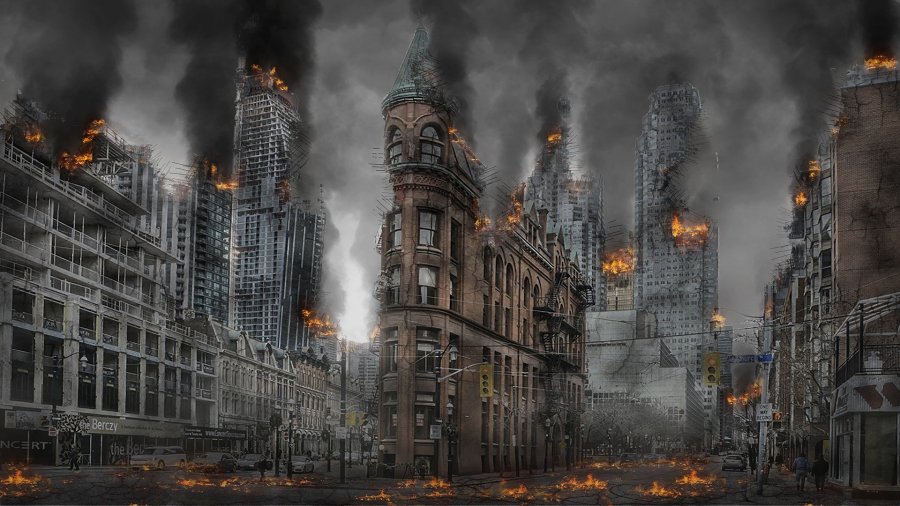 Hey, everyone, I’ve told you before … I do not want to know when I am going to die.

I don’t care if it’s 30 years from now due to whatever it is people die from when they’re almost 80, or the end of the world in four days.

“If you were to believe the buzz on social media and in some of the tabloids, you’d want to clear your calendar to account for the impending end of the world on June 21.

Of course, Covid-19 and a global economic standstill have already done this by now, but the more inane an online conspiracy theory, the more immune it is to irony.”

The thing I love about this story is the time and effort — which I read, so there you go — taken to debunk this so-called prophecy beyond “Dude got goofy on Twitter before his entire social media presence got ethered.”

For one thing, this is just the latest apocalyptic prediction — which our man Eric seems to love calling BS on — and while the law of averages may indicate that if you call it enough, someday you may be right, the odds are less than stellar.

But beyond that, I guess there’s this whole “That’s not what the Mayans actually meant,” thing, along with the “This guy must not understand how different calendars work” part.

So I guess I should still pick up that Father’s Day card, since it won’t be lost to whatever it is that’s going to cause the end of all life on Earth. (All joking about silly apocalypse predictions aside, fortunately for me, my father is still around, because a lot of people’s aren’t, especially now because of COVID-19.)

But if for some reason Paolo Tagaloguin, against all odds, nailed his call, I’d almost be curious to know how the world is going to end, except when it happens, it’ll probably just happen, so it’s not like we’ll watch it as it happens.

And I don’t want to know, anyway.

The photo from ArtTower on Pixabay looks pretty bad.