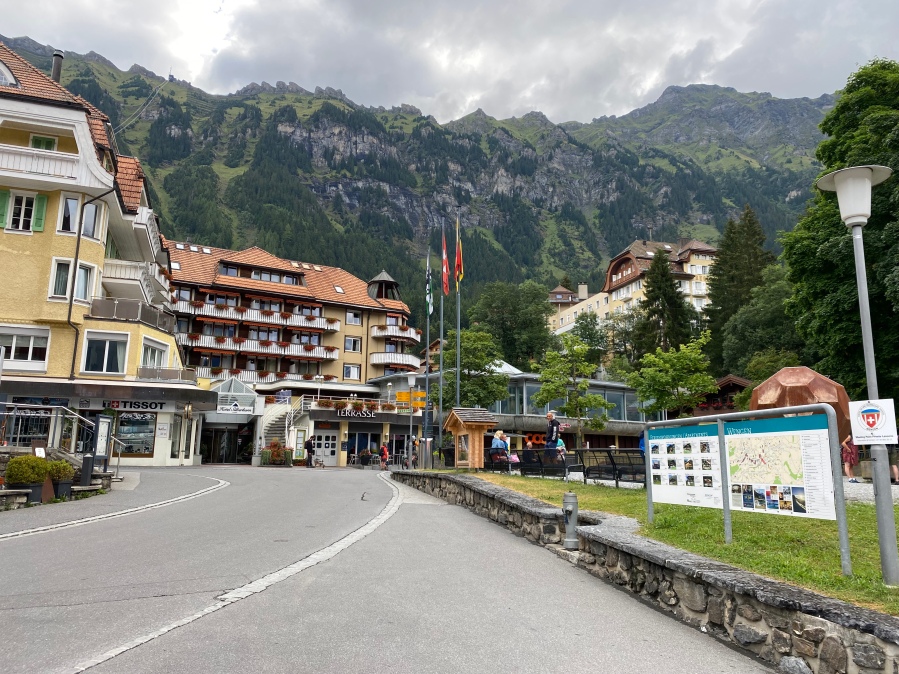 We knew rain was coming, so Suzi and I decided to do our walking in the morning and stay close to the hotel in the afternoon.

After a little bit of shopping between raindrops, we were headed back to our room when we heard a sound in the distance.

We knew there was no choice … we had to investigate.

Walking between buildings, the sound got louder, so we were getting close. But then, a dead end in the form of a tennis court, road and train tracks.

Quickly changing course, we hotfooted it around the front of the hotel, and there it was, right in front of us.

Two people were playing alphorns on their lawn!

Why were they playing alphorns on their lawn? I haven’t the foggiest notion.

Maybe they were practicing for Swiss National Day Monday.

Maybe they were bored and said to each other, “Here’s an idea … let’s break out the alphorns.”

Maybe they do it all the time on Friday afternoons to entertain the tourists.

But really, the reason doesn’t matter. There were people playing alphorns on their lawn … in the Alps. Sometimes, you don’t ask questions, and you just thank whatever higher power you hold dear that it happened.