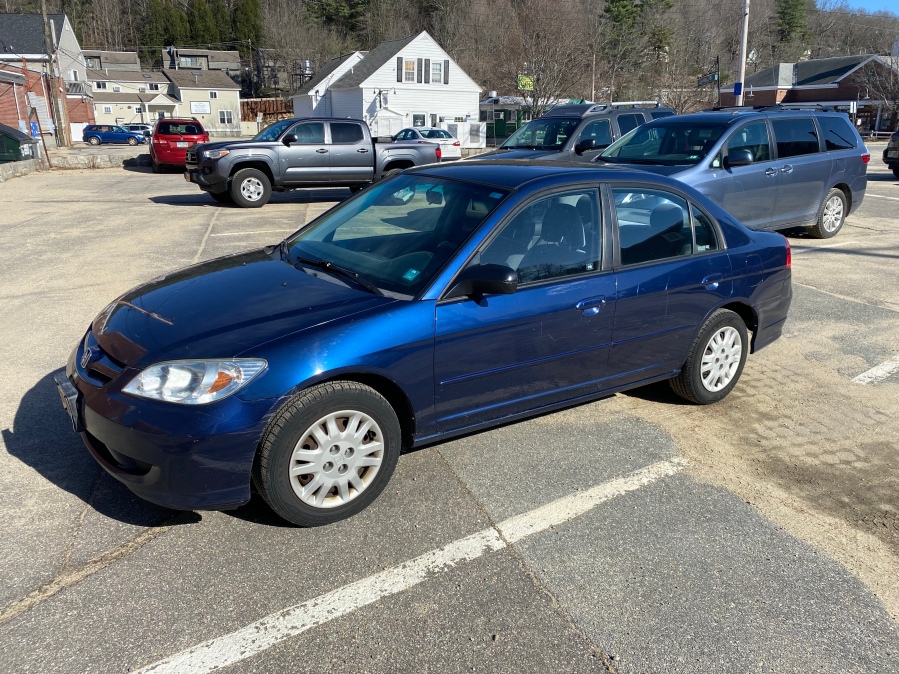 This is a story about a duck.

Actually, it’s not, but a duck is part of the story … just not until later.

Instead, it’s a story about our blue, 17-year-old Honda Civic, a car that’s like an aging athlete who was once a star, but becomes a role player and adds a few more years to the career.

It still runs perfectly fine, but we rely on it mostly for the small jobs, the short trips around town. The longer trips — including my commute to New Hampshire three times a week — are the job of our newer car, the gray Toyota Corolla.

Until the day it wouldn’t start without a jump, even though the guy who came to look at it after I called AAA insisted the battery was fully charged.

We assumed a new battery would solve the problem, but just to be sure, Suzi agreed to use the gray car the next day around town … meaning we’d have to call the Civic in off the bench to to go New Hampshire.

I had done it once before, I believe when Suzi took the gray car to Connecticut, but a long drive up and down hills isn’t what we usually ask it to do.

But it came through with flying colors, even though it was groaning just a shade by the time I was almost home. It did so well, in fact, that Suzi not only gave it a name, she even found a suitable emoji for it.

And this is where the duck enters our tale.

Suzi took Little Blue out for one of its regular trips and came across a duck in the road. Seeing wildlife out and about isn’t all that unusual — I was held up on the way home from grabbing dinner by about eight turkeys crossing the street in an orderly queue — although ducks are a little different.

Naturally, she hit the brakes … and the pedal went to the floor.

The car stopped, the duck flew away and Suzi got home safely, but its next trip was to the local Honda dealer on the back of a flatbed. Apparently, old brake lines were the culprit.

Because while we’re not looking to buy a new Honda — speed record or no — one of the things that comes with getting older is that even if you’re in good shape, stuff still doesn’t always work like it used to.

Yes, I actually wrote something!

It was a nice evening and the sun was still out, so why was I still inside?

Pepper flew first class. Not that I didn’t want to before, but now I very much want to fly first class.

Rosie’s social skills have atrophied over the past couple years.

Savannah has been exploring Milwaukee.

Becky is keeping track of the critters outside her condo.

Vee got a small reprieve.

According to Austin, Aaron has a new enemy.

It took a while for River’s husband to lose the last vestige of bachelorhood.

According to Suzi, when I had my gall bladder attack, the doctor said it wasn’t likely, but I could be having a heart attack.

Needless to say, I have to take her at her word because all I remember is “heart attack.” The bright side is that when they do the EKG and say “It’s not a heart attack, but you need to have gall bladder surgery,” you’re like “Is that all? Sure!”

At least the phone booth is getting some use.

I don’t know what everyone else will eat at the ballpark, but I’m sorted.

See above. That’s what the hollow part of the leg is for.

I was a very late adopter of text messages. Of course, I’m also going to be 50 soon.

Yes, leave it to people who know what they’re doing. (I used to be a cashier in a grocery store.)

My Facebook Memories have recently made me miss New York City, but there was one the other day of a post from 12 (?!) years ago writing fondly of a management-training program I attended for my former company.

It did not end up the way I had hoped.

The window referred is approximately five minutes long the second or third day after you buy them, depending on how green they originally were.

Did I mention something about turning 50 soon? I wouldn’t mind having a child tell me what to look forward to.