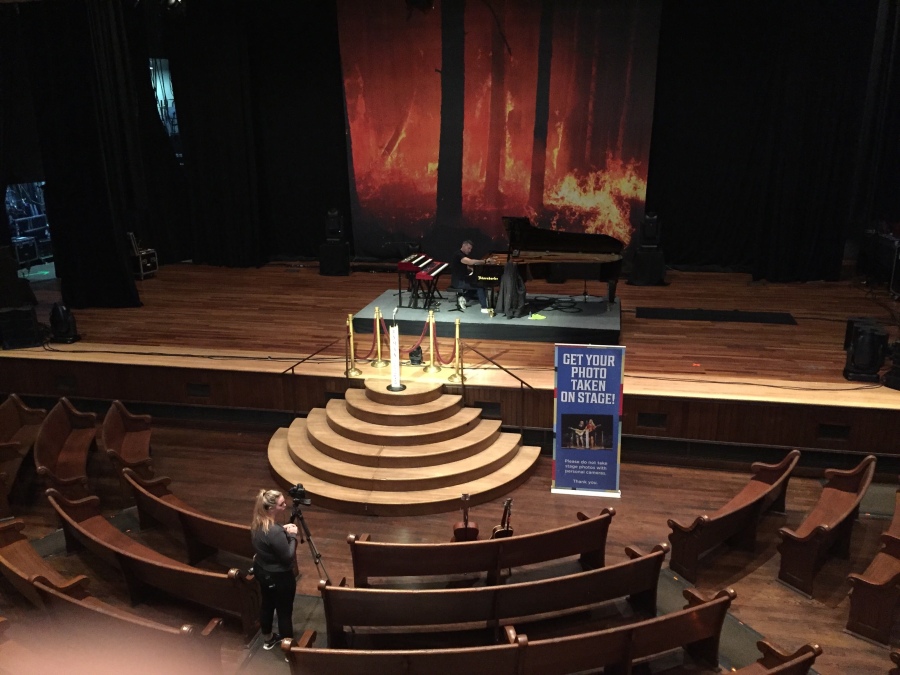 Next year … you want me to think about where I’ll be at this time next year?

And not just next year — after all, that’s only a few weeks away — but this time next year … early December, after this year’s holidays through winter, spring, summer and fall and everyone I know’s birthdays and baseball season (hopefully) all the day-to-day stuff that goes into every 365 days?

You want me to think about that?

Years are funny things, though. They go by really fast.

Facebook Memories is a great way to remind me of things I’ve done (yes, I said “Facebook” and “great” in the same sentence), and several weeks ago I got a series of reminders about our trip to Nashville.

It was a pleasant surprise, something I envisioned as being just a way to tag along on Suzi’s work trip but which turned out to be a lot of fun. (The photo above is from Ryman Auditorium.)

It was also four years ago. Thinking about it, that checks out, but my first reaction was “That was four years ago?!?!” I wouldn’t have taken it for any more than two.

After all, at this time last year, I wrote about reaching the border between Massachusetts and New Hampshire, which now I cross almost every day for work.

So as I write my answer to the This Time Next Year challenge from Katie of Life With Ktkinnes, it’s a good reminder that time is predictable, but life isn’t.

Because these things always come with rules:

So, anyway, this time next year …

For starters, I’ll have been 50 for a little more than six months.

I’ve been pondering that particular birthday for a while now, not just because it has a 0 on the end, but because it’s one that seems to have a little bit more meaning than the others with a 0 on the end up to that point.

But I don’t know that turning 50 is exactly a goal, at least any more than my general desire to stay on this side of the grass is a goal.

I want to take off some of the weight I’ve put back on over the past couple years, go to the gym more and spend more time reading books and less reading social media. There’s no magic formula; I just have to buckle down and do them.

I hope to be truly established where I’m working, beyond just knowing how to do things — which is getting a little better all the time — and to the point where I’m making an impact.

However, I also don’t want to let what happens at work define my year or my life. It’s not good for me.

Right now, as I look to what I want to have accomplished when we all reunite in 365 days, I hope I’ll be able to make our efforts to find joy this Christmas season a year-round thing, that whether I have a lot of time or a little, I can make the most of it.

I don’t think there’s a number or a measurement to attach to it. I guess I’ll just know.

And now to the tagging

11 thoughts on “This time next year”