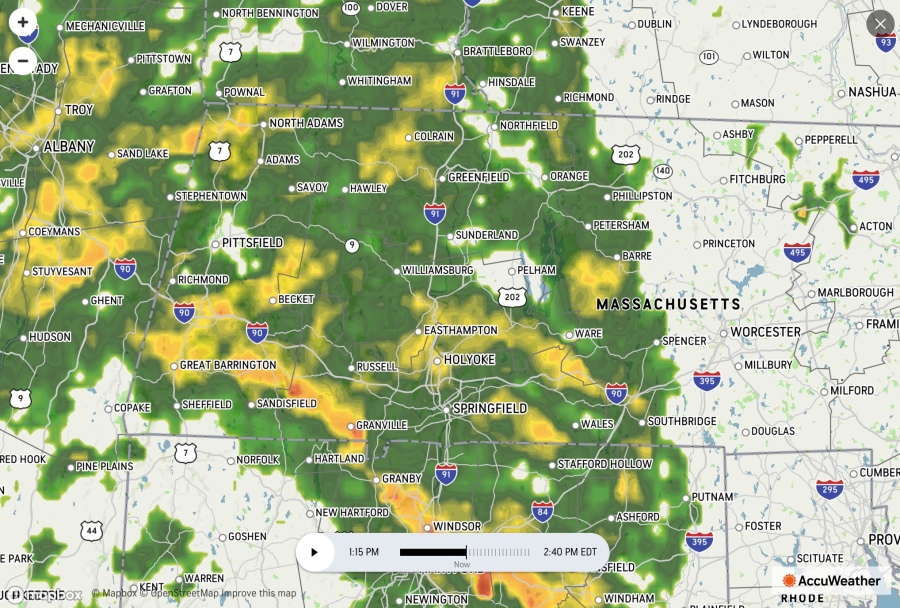 To be honest, it was a myopic view.

Yes, Henri had been downgraded to a tropical storm and moved to the west before making landfall, making it even less of a concern for us, but the wind and rain still caused a lot of problems.

We were lucky, though. All we got was some rain and a little more breeze than normal, and it looked much the same for my parents in New York and Suzi’s parents in Connecticut.

Sure, there would be more rain the next day as Henri went north through Massachusetts, but it’s only rain, right?

I took my car to the dealership for routine scheduled maintenance and texted Suzi a couple hours later when it was done, thinking nothing was out of the ordinary.

Which is when she told me about the tornado warning.

Not a tornado watch … that means it could happen. A tornado warning … meaning … it’s happening. And if it’s happening, there’s nothing we can do about it other than hope it misses or hide in the basement if it hits.

The possibility of trees being ripped out of the ground or our roof being blown off, or worse, certainly put a different perspective on the ride home, especially since I was behind someone who was driving slow.

The visual during the drive was actually pretty interesting, as the clouds on one side looked threatening but there were blue skies on the other, and it literally looked like there was a line between them.

After I got home, the radar confirmed what I saw out the windshield, as the town where I live wasn’t in the warning because it was for all the towns to our immediate west, but that included where my pal Mix lives.

Ultimately, the worst of it missed us — in the picture above, we’re the tiny dots to the right of the angry-looking mass — as all it did was rain hard for about five minutes.

I checked with Mix, and although there was a tornado not too far away — the National Weather Service confirmed that three touched down — he and his family weren’t affected, either.

So, in spite of my premature, self-centered pronouncement, we were among the lucky ones.

But the “nothingburger” still caused a bit of indigestion.

5 thoughts on “I almost jinxed it”