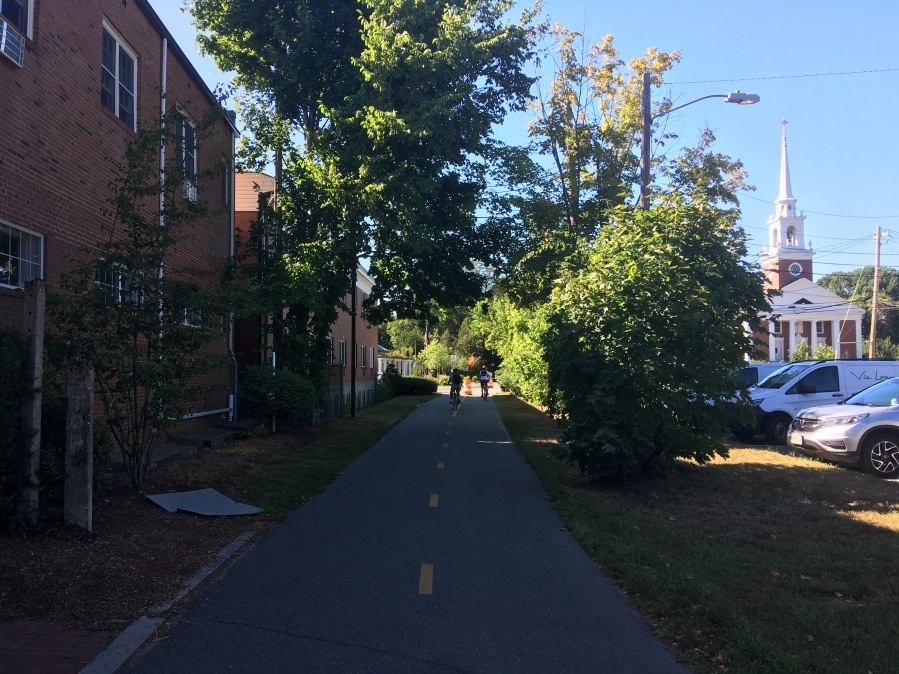 Suzi and I always wear our masks when we go into a building, but don’t usually wear them when we walk.

Whether it’s the streets of our town, a trail or one of the nature areas we visit on Sundays, there are usually not many people around and plenty of space to keep our distance from anyone we encounter. 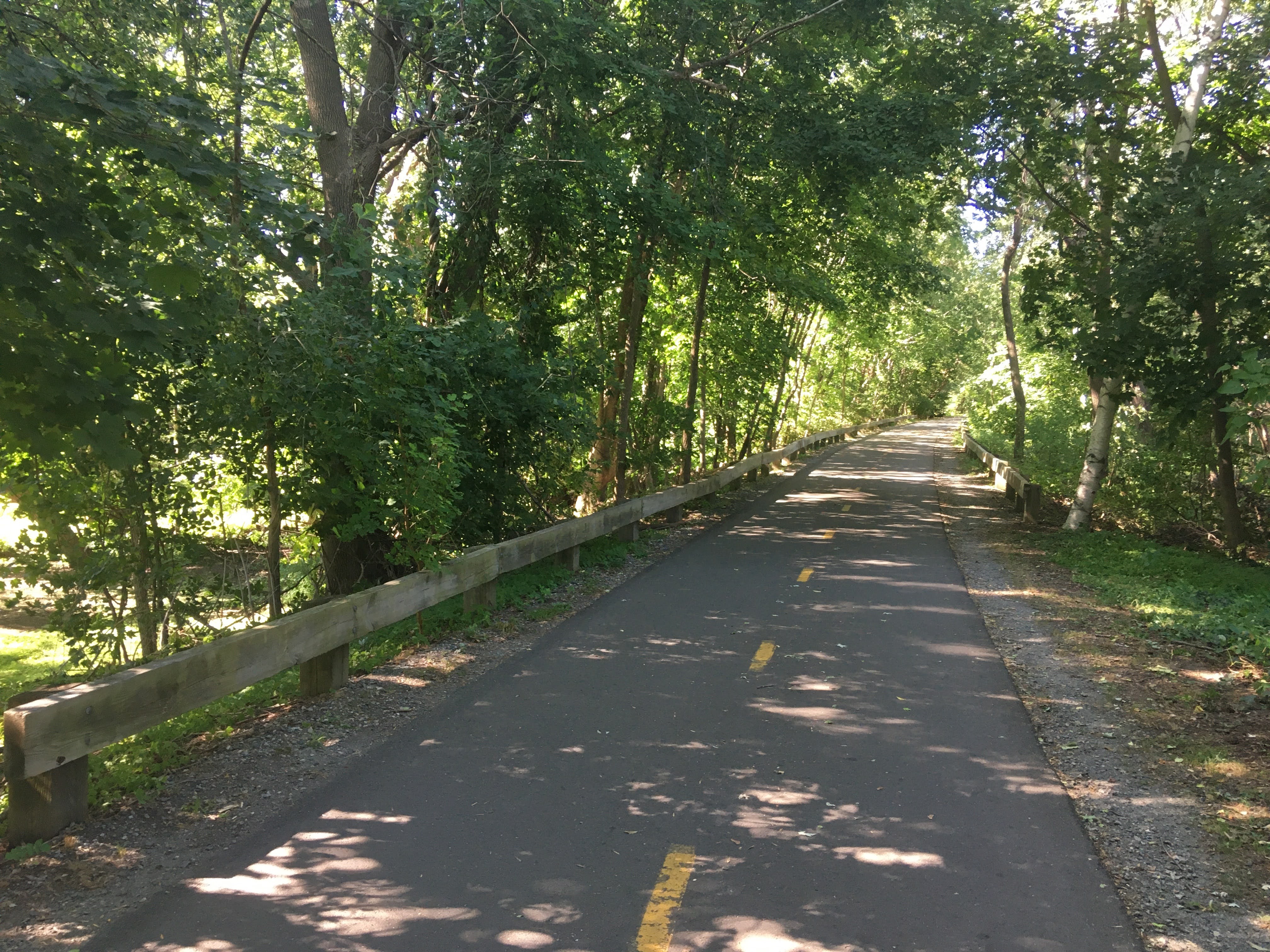 But we noticed the new trail we started last week was a bit narrower, there were more people and those people seemed a little more aggressive.

So when we went back to the same trail this week, we took our masks. We also picked up the trail in a different town, and based on the signs, they’re requiring people to wear masks outside.

So we wore them.

Everyone else was, too.

It wasn’t that hard.

“If you met yourself, would you like yourself?” should be an easy one to answer, but it wasn’t. (Rosie also had an interesting take, since I think we took the same road to different places.)

Moving to where I live now was hard enough, but we also had to find a new pizza place.

WHAT I TALKED ABOUT

I enjoyed winning trophies when I was a kid, but they’re not in the shape they used to be, and I wonder if that means something.

Allison has advice on how to lose 25 pounds during quarantine, but I don’t think either of us would recommend it.

Do not put this topping on Renata’s pizza.

Jackie has thoughts on the first half of an odd baseball season.

Savannah and Chad escaped to the mountains.

Becky hates mushrooms (yay!) doesn’t like pie (what?) … and eight other facts.

One of Vee’s coworkers has an … interesting … approach to first dates.

Vanessa is going to enjoy life, even if it’s without anyone else.

Austin is literally living through a nightmare scenario.

Paul watched “Breakfast at Tiffany’s” for the first time, which is one more time than I’ve watched it.

Pea Green takes some time out to play with her younger son, and just about wins him over.

Cass moved into her new place a year ago.

Rachel and Alex are right … you don’t need a pass to hit the bathroom in college.

How much risk are you willing to take at the moment? Now imagine being Lucy, who for health reasons had to stay inside for 154 days.

James has all the secrets to being a great blogger.

Rock Harbor is one of my favorite places on the Cape. I once had to spend all day down there for work … tough gig indeed.

No, but I remember Sanka, and that’s close enough.

Anyone old enough to remember when the neighbors would stop by for a cup of Sanka? pic.twitter.com/EILaPtnhTk

Almost certain that I’ve done this.

“Very touristy” I say as I, a tourist, walk around anywhere

It only gets worse as you get older.

Can’t hack late nights anymore. Went to bed at 1am last night (technically this morning) and I’ve just had to take a two hour nap to recover. And I’m still shattered.

You could do worse.

Not a bad drive home from work this morning. pic.twitter.com/aBDYntFhT4

One of these has raisins, which answers that question without me even having to think.