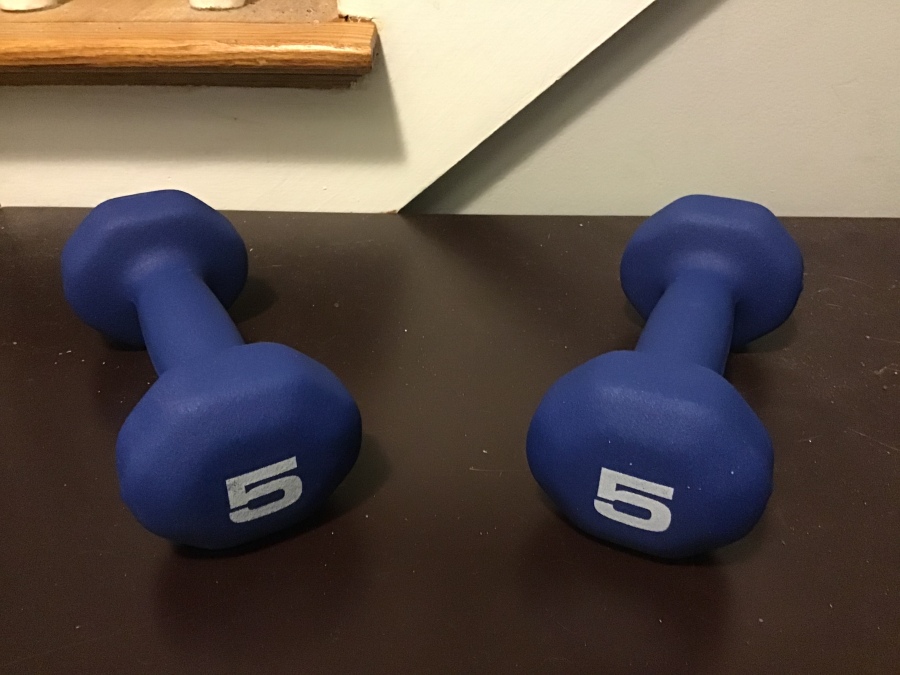 Suzi was upstairs taking an online yoga class when the delivery man came with the dumbbells she had ordered … because the one she lives with isn’t enough.

I stood just inside the storm door so I could crack it open and take the box, but instead, he set it down on the step, gave me a wave and walked away.

I let him get about halfway to the road before I grabbed it and brought it inside.

It was really no big deal. It cost me 10 seconds to let her go, and I’m sure she was happy.

There was probably plenty of room in the center aisle for the woman to push her cart by me at the drugstore, but she seemed annoyed and said something I couldn’t comprehend behind her mask, so I stepped into the adjoining aisle just to give her more space.

Turns out she wasn’t annoyed by seeing another person nearby, but with no toilet paper or paper towels being in stock.

I went about my business, picking up a prescription at the pharmacy in the back. There were already lines taped on the floor to remind people to keep a proper distance, and as I went to leave, someone was in the doorway, so I slowed down to let him go.

At that point, that same woman bolted in front of me with her cart, saying something about not letting me go in front of her.

It was really no big deal. It cost me 10 seconds to let her go, and I’m sure she was happy.

I took a couple big steps backward to make sure there was enough space between us. Another customer waited several feet off to the side.

There was a guy in front of me when I walked in to pick up our pizza, so I assumed the normal position for waiting in line — not so close that he’d run into me if he backed up, but close enough that there was room behind me in case someone else came in.

I took a couple big steps backward to make sure there was enough space between us. Another customer waited several feet off to the side.

The credit card machine didn’t requiring pushing any buttons, either, which I liked. 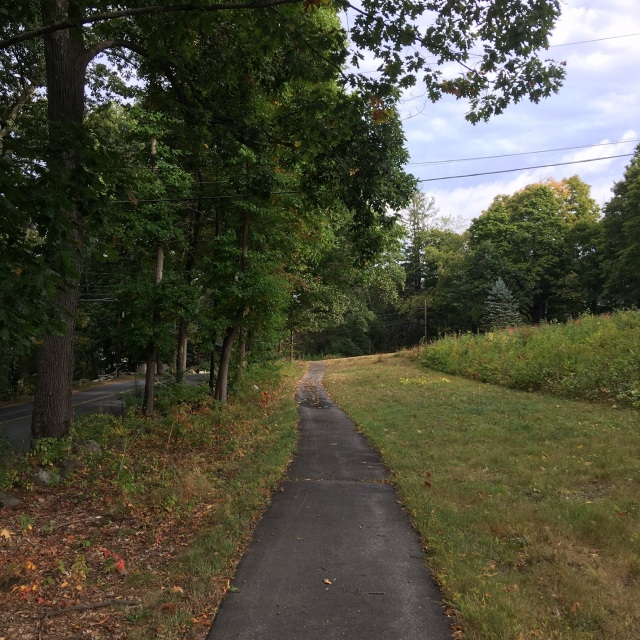 It’s pretty easy for Suzi and I to avoid other people when we go on walks.

The rail trail is at least 10 feet wide, and otherwise we walk in the street or on wide sidewalks, so there’s plenty of room for everybody.

The one trouble spot is the path going down the hill from our house, which may be 6 feet at its widest point and a fair amount bordered on one side by a stone wall or brush.

So I was thinking of the trouble my blog buddy Austin had on one of his runs when I saw a couple runners coming up the hill toward us while we were next to the wall. But when they got close, they veered out into the street and got back on the path once they were passed us.

Coming back up the hill, a mother and child — at least that’s what I assume — were coming in the other direction. There wasn’t any traffic, so Suzi and I stepped out into the street so they could pass.

I think she acknowledged us as we went past, but if not, that was fine.

No one had to say anything.

Everyone just knew what to do.

4 thoughts on “The little things you notice”