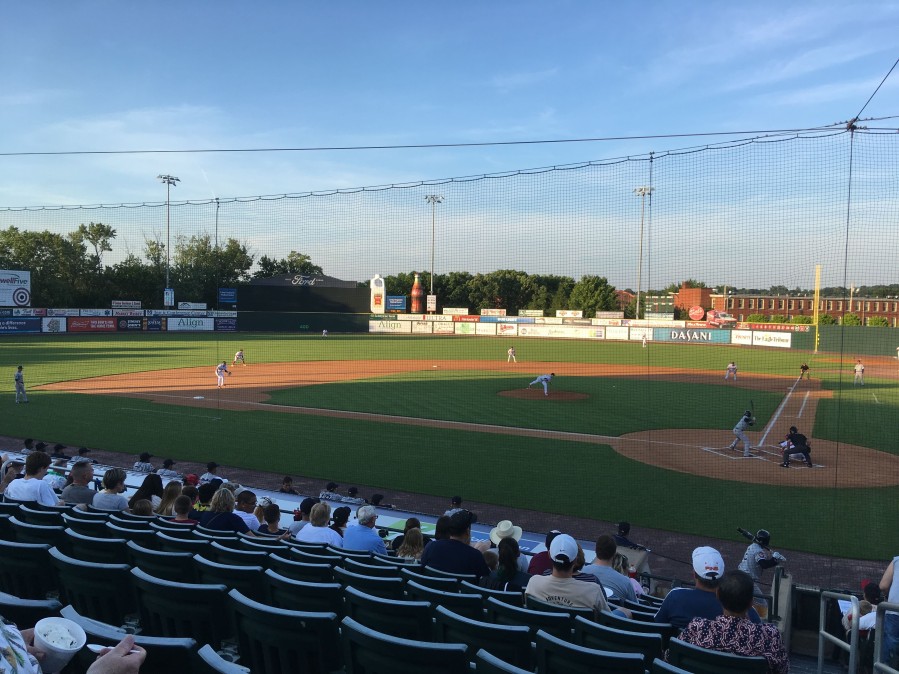 When you’ve been married for a long time — for Suzi and I it will be 17 years later this month — disagreements are inevitable.

In our case, it’s mostly because she still doesn’t understand that I’m right all the time.

OK, most of the time.

OK, some of the time.

It was because of Suzi that we were even at the ballpark. With basically four days free over the July 4 weekend — I had about a half-day’s work to do the day after the holiday — we were talking about what we could do, and she said, “We ought to go to a ballgame.”

Sounds good to me!

The Lowell Spinners have just started their season, and not only were they at home, they were playing the Staten Island Yankees.

The Spinners are a Red Sox farm team, and as a Yankees fan, it pains me to say anything nice about the Red Sox in any way, but I enjoy going to Spinners games.

They’re only about a half-hour away, and there’s easy on-street parking available a short walk from the stadium.

Plus the ballpark, LeLacheur Park, is a nice place to watch a game, and we got really good seats for $12.50 each. Suzi got her hot dog, while I grabbed a chicken parm sandwich and we settled in. 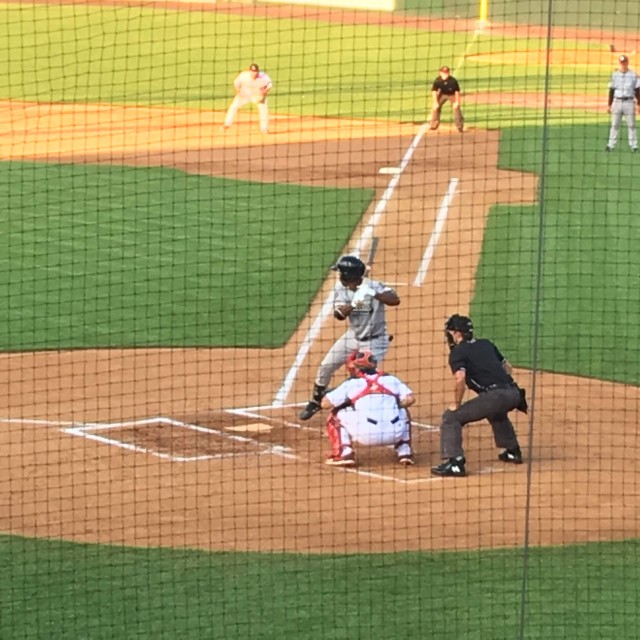 A warmup pitch hit the home-plate umpire in the face mask. I’m not saying he was upset, but when he threw a new ball to the pitcher, it went back almost as hard as the pitch that hit him.

I have no idea what kind of future the players will have, but as bad as Boston’s bullpen has been, that ump would probably be an upgrade.

He’s even a lefty. 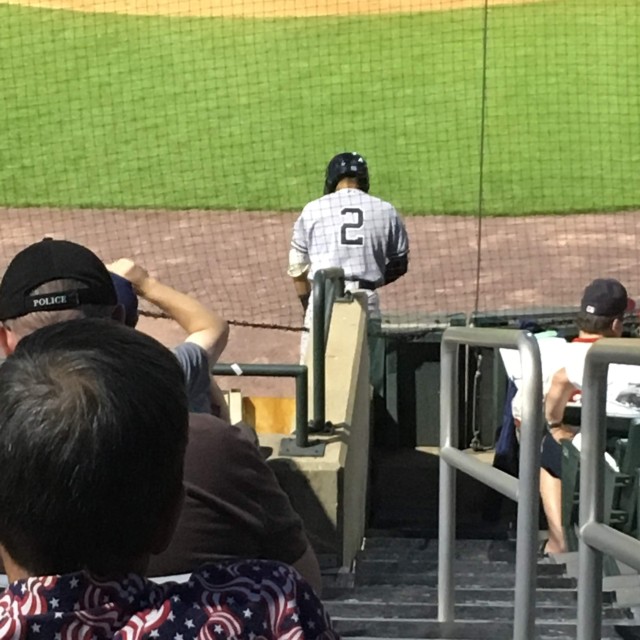 Luis Santos is listed as 5-feet, 8-inches tall, and 160 pounds, and both of them seen generous. He’s in his third season of pro ball, and his career average is .203.

What I’m saying is that his future doesn’t look all that great, but since he’s only 19 (born in January 2000 … eek!), maybe he’ll fill out or develop a hitting stroke.

But if nothing else, he’ll get to say he wore Derek Jeter’s old number.

Unless you’re a baseball obsessive like me, people don’t go to minor league baseball games just to watch the game.

They go for a fun, inexpensive night out, especially if they have kids, which is why you see all sort of games and activities between innings like kids spinning around a bat and then racing while carrying an egg in a spoon …

… or a kid racing the mascot around the bases. (By the way, someone needs to check in on Canaligator. I think he pulled both his hamstrings between third and home, when the little guy passed him for the win.)

It’s all about making things fun, and from the games I’ve gone to, the Spinners have always been good at fun.

Which brings us to the dancing chicken.

They play it on the scoreboard, and while it’s completely ludicrous, it’s silly, harmless fun, so it’s perfect for a minor-league baseball game.

And when Suzi first saw it, she wanted to see more of it … which was the problem.

And this is not acceptable, especially since Lowell wound up winning 6-3. After all this time, you’d think she’d know better. Her desire for Glen Campbell’s “Rhinestone Cowboy” to be played at every ballpark after she heard it in Salem is one thing, but rooting for teams to score against the Yankees is just beyond the pale.

So I grumbled and I groaned a bit, but another thing you learn when you’ve been married a long time is what to make a big stink over and what to just let go.

I even pointed it out when the chicken came on as we were leaving.

5 thoughts on “A poultry problem at the ballpark”