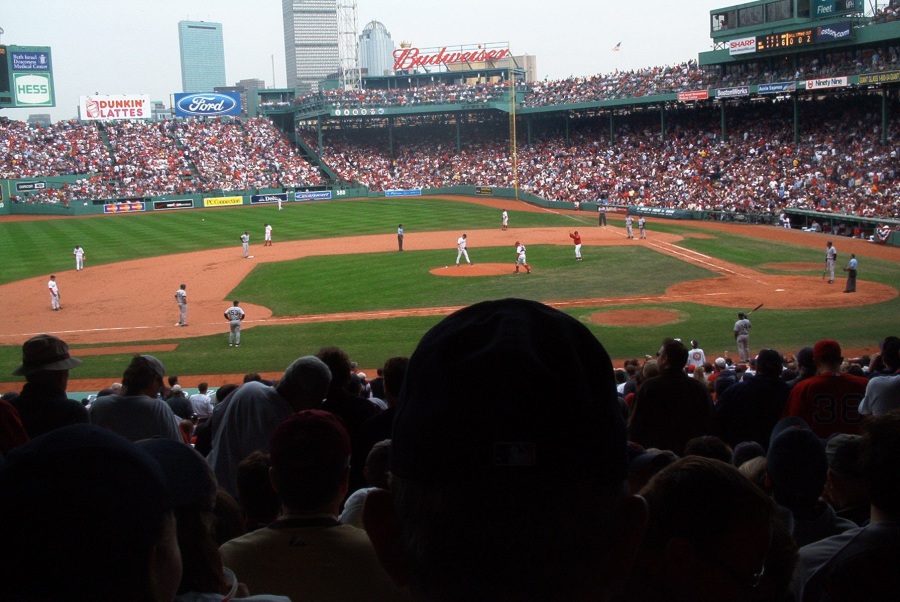 It was likely in the wee small hours of an October morning in 2004, and I was not happy.

As I was spitting and sputtering before going to bed, my wife Suzi tried to tell me there was no need to be upset.

After all, the Yankees only needed to win one more game.

Please tell me your worst sports memory. What haunts you?

Short answer: the Yankees blowing a 3-0 lead to the Red Sox in the 2004 American League Championship Series.

Long answer: Let’s see … where do I start?

How about Utica College in the early 1990s, mostly because my buddy Mix likes to say there were never any issues with me being from New York and him being from Massachusetts because neither the Red Sox nor the Yankees were any good.

My response is usually that it was more because he claimed to be a Cubs fan at that point, but for a long time, it didn’t seem like there were too many years where the teams were both really good.

Plus I was safely ensconced in New York, and while I had college friends from Massachusetts and my favorite high school teacher and coach, Mr. Flynt, was a Red Sox fan, there were a lot more of us than there were of them.

But all of it was about to change.

As 2002 ended and 2003 began, the Yankees had the upper hand, but the Red Sox had new ownership and new management that clearly wasn’t going to take it anymore, since I don’t think calling the Yankees the “evil empire” is a sign of being passive.

And I moved to Massachusetts, where I was about to get familiar with two words in particular.

Those words were “Yankees suck.”

It’s hard to find someone who will admit saying it now, but in those days, it was surprising that those weren’t the two words yelled out to start the game instead of “play ball.” You could get T-shirts spelling out which Yankees performed particular acts on their teammates.

The Red Sox Single-A team in Lowell set out to literally eliminate the Yankees name from local youth leagues. (I vowed never to go to a game there as long as the promotion continued. They dropped it a few years ago, and I’ve gone. It’s a good time.)

Meanwhile, as I was getting to know Massachusetts in general and my new coworkers in particular, people looked at me like a curiosity. Sometimes, when my Yankee fan-ness catches people off-guard, they still do.

And you still see crap like this from time to time.

Still, in 2003 and through the first half of 2004, it was better to be a Yankees fan — World Series loss notwithstanding.

Aaron Boone drove Red Sox fans into fits of rage — and yes, I loved it — and the Yankees looked like they might run away from the Red Sox again the next year.

People will tell you that game was the turning point in the season, and it was, but they give the wrong reason.

They’ll tell you it was because of Jason Varitek’s Cheap Shot Heard ‘Round the World — seriously, if you’re such a @#*&ing tough guy, take your @#*&ing mask off — but it was Mueller’s homer off Mariano Rivera which actually won the game and turned the Red Sox from a team that thought it could beat the Yankees into one that knew it could.

Then the Red Sox won Game 4, but Suzi reminded me they still only needed to win one more. (I’ve given her grief ever since for it being Famous Last Words, but hey … it was a 3-0 lead. Can you really blame her?)

Then the Red Sox won Game 5.

Then the Red Sox won Game 6, the game where the Yankees decided that bunting on a one-legged Curt Schilling was unsporting or something.

And I knew it was done.

I wasn’t going to watch Game 7 — just couldn’t, not when I knew what was going to happen.

But as I was driving home from work, I could only resist the temptation so much. I turned on the radio to see what was happening.

What was happening as I first tuned in was that it was 2-0 Red Sox in the second inning. Boston had the bases loaded, and Javier Vasquez — who I always knew would be a failure in New York — was coming in to pitch to Johnny Damon …

… who hit the first pitch for a grand slam.

Nothing would ever be the same again.