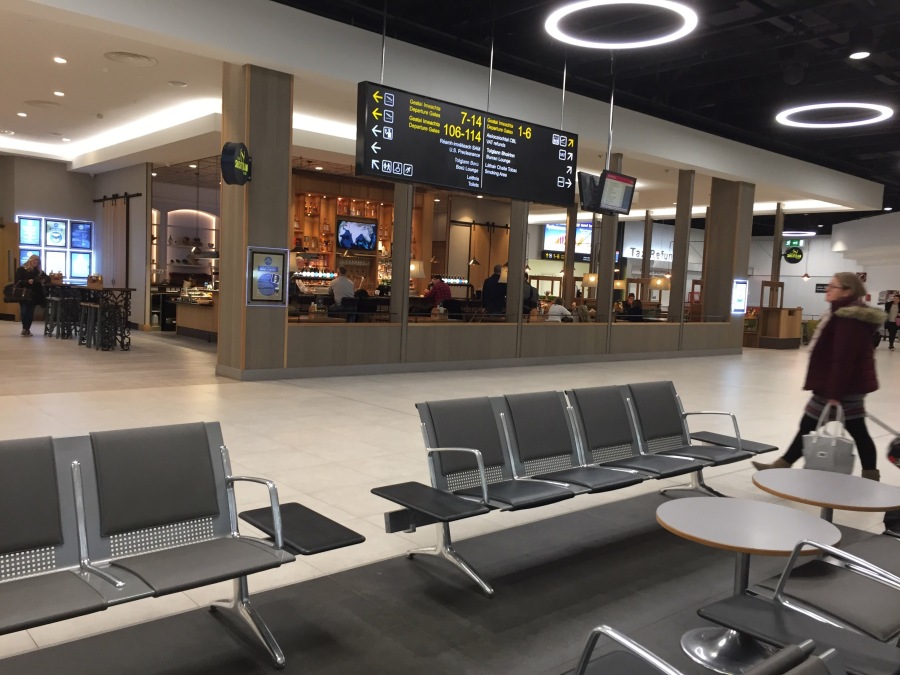 If memory serves, the man showed up at the baggage check-in at T.F. Green Airport in Providence.

I think my wife and I were going to Los Angeles — Ontario, to be technical, since that was where Southwest flew — by way of Las Vegas.

Seeing the line, he was asking if someone would help him get to the front faster … as he had just gotten there, an hour before his flight.

I had exactly zero sympathy.

— Amanda Mull, “There Are Two Types Of Airport People,” The Atlantic

I get that traffic exists, and there are people who are bad at planning.

You are, however, allowed to be homicidally angry at the dingo in the TSA pre-check line who can’t figure out whether or not to take out his laptop, then walks through security with his belt on and a pocket full of change, costing you crucial minutes to your gate. Cut that guy.

And I absolutely get that a group of two or three people can somehow block a 50-foot-wide walkway, or that there are still people who don’t know what to in the security line.

But I cannot fathom that there are people who — either because of the thrill or they hate being in airports — intentionally get to the airport as late as possible.

Howard Bryant rule no. 1 of time: Early gives you options. Late takes them away. https://t.co/89DHb6ydK3

As a general rule, I find lateness to be rude, so I’m a hurry-up-and-wait guy anyway, but why would anyone take the chance on all the hassle that goes with missing a flight?

What’s the big deal about waiting at the airport? It’s just as easy to surf the internet on the phone at the airport as it is at home — and that’s exactly what would be happening — but being at the airport provides great people-watching opportunities! (Once one is safely through security and at the gate, of course.)

If I had my druthers, I’d get to the airport at least two hours before my flight, because I’m a nervous wreck until I know there’s no chance the plane will take off without me.

And sometimes, that isn’t even enough to breathe easy, like the time in Dublin when we got there three hours early and were still on pins and needles. (If you have a choice, do your Irish flying in and out of Shannon.)

She also knows I’m going to be stressed-out until we get to our gate.

It’s that kind of understanding that makes a marriage work.