I had to know what was going on at the Majestic Delicatessen Cafe.

Not specifically what was happening inside — I’ve never set foot in the place — but what was being promoted there, after my buddy Craig wrote one of the funniest replies I’ve ever seen to a Facebook post I wrote last year.

After another “Fifty Shades” movie, Dakota Johnson and Jamie Dornan have moved on to whatever it is they’re doing next, and “Jurassic World” has moved in.

We weren’t sure we were ever going to actually make it to New York yesterday.

The train ride from where we live near Boston is four hours to start with, and then we were delayed for more than an hour when someone was hit and killed by the train in front of us. (Believe me, that’s not a complaint, just an explanation.)

But once we arrived, the 20-block walk from the train station to our hotel showcased New York in its insane glory.

— We were reminded that a “don’t walk” signal actually means “go, but don’t get hit.” However, I would like to remind people that it’s always important to keep moving, but especially if you’re slaloming through stopped cars while jaywalking. Especially if the people behind you are toting luggage.

— I almost got swept away by a banner being carried four- or five-abreast by pro-Falun Gong protestors.

— A guy was holding a sign saying he needed money for weed. (I gave him points for honesty, but no money.)

And if you didn’t know Katharine McPhee is in “Waitress,” you will after walking through Times Square. The poster is everywhere you turn, and in just about every place imaginable.

Nothing screams “This is a city” quite like New York City, but even in the ultimate city environment, Central Park exists, and an old, abandoned train line is turned into the High Line, an amazingly cool, elevated walkway.

I have a feeling that we’re going to see the former being replaced by the latter.

You may not know the name Grant Wood. You surely know his most-famous painting. It’s at the Whitney Museum of American Art.

Not a political statement, but tell me this doesn’t look like Vice President Mike Pence golfing. 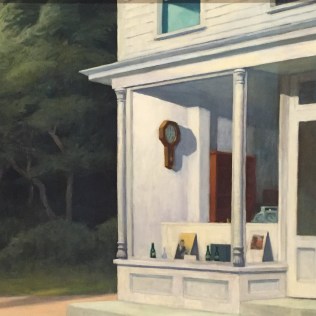 Come for “American Gothic.” Stay for the rest of the terrific artwork.

And be sure to go out onto the ledges … or look out the windows. 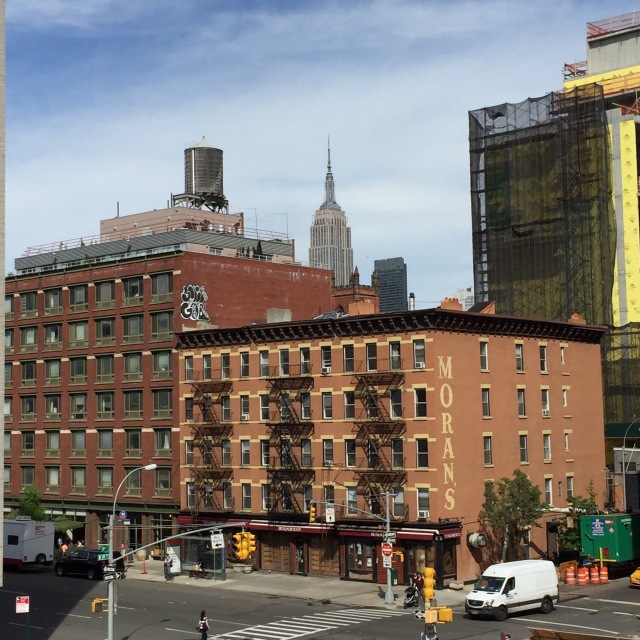 Remember what I said about the “insane glory” that is New York? Walking back from the Whitney:

— We heard someone make a reference to “tickle his balls,” with absolutely no context whatsoever, so we have no idea what they could have been talking about.

—My wife saw a guy in an Iron Maiden T-shirt drinking out of a tiny esperesso cup … because when you want to rock out, it’s important to have the finer things while you do it.

— We passed a guy wearing a T-shirt that said, “Don’t let your president get your ass whooped.” We have no idea what he was trying to say. 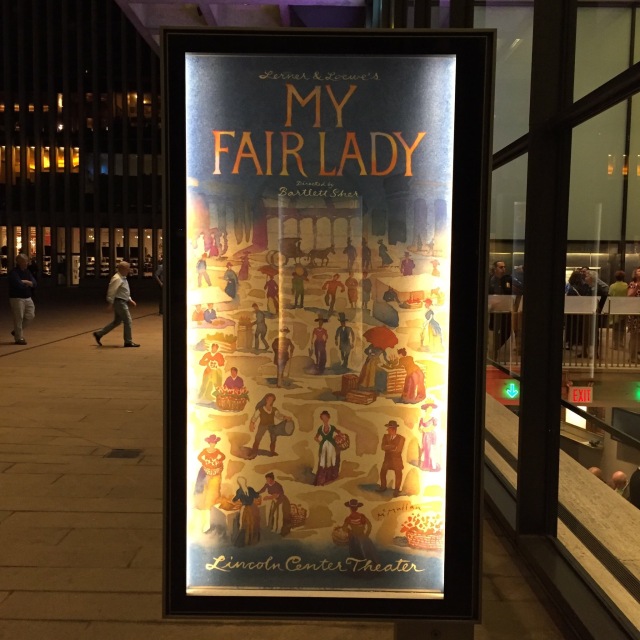 After all that — and a dinner where we overheard both the secret to selfie-taking and that women’s pictures on dating sites are often “false advertising,” presumably because of that same selfie-taking method — came the main event of the day … “My Fair Lady” at Lincoln Center.

It was a terrific show, and while I won’t spoil it, after having seen it, this tweet makes a lot more sense (even if we didn’t cry).

I just saw the beautiful new Lincoln Center production of My Fair Lady and this probably counts as a major spoiler (🚨) but I wept at the end. In a good way.

As my wife put it, it was “the perfect ending to a perfect New York day.”