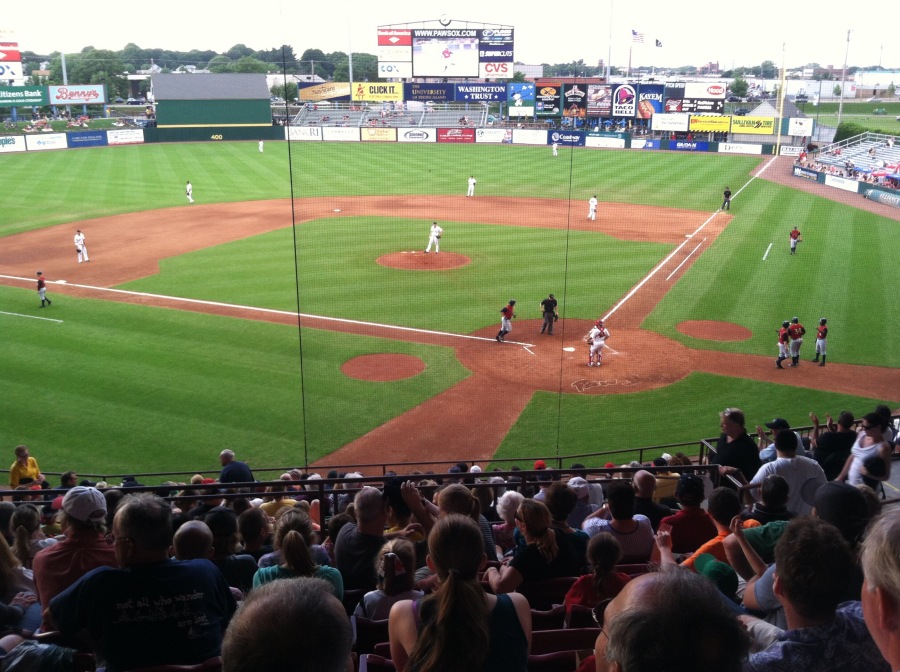 Have I mentioned lately that the candy-a** stuff regarding the Yankees in Red Sox “Nation” never ends?

Why yes, yes I have.

“To start, any fans named Joe or Kelly will be admitted for free to that weekend’s games, while any fans self-identifying as Tylers or Austins will be banned from the premises. In addition, fans who confess to being named Aaron, Gary, Aroldis, Didi, CC, Jacoby, Masahiro, Giancarlo (or Mike) will be charged double the price of a regular ticket. All Yankee fans will, of course, be warmly welcomed.”

Get it? Because Joe Kelly hit Tyler Austin! Oh so clever!

“Out on Mondor Way, PawSox fans will be able to test their ‘Kelly-esque’ accuracy throughout the weekend, with a pitiable Yankee fan appearing in a dunk tank for fans of all ages to submerge with pinpoint command. The dunk tank comes compliments of Absolute Fun Party Rentals in Cranston, RI.”

The last thing any Yankees fan needs in life is pity from the Red Sox.

“There will also be a costume contest at Saturday’s game, where one lucky fan dressed in his or her best (but tasteful) ‘anti-Yankee’ apparel will win a free pair of 2018 season tickets at McCoy.”

The “tasteful” horse left the barn a looooooong time ago.