America doesn’t have a national stadium or sports arena.

Sure, there are lots of historic, important ones — Madison Square Garden (especially for college basketball fans of a certain vintage), the Rose Bowl, the Los Angeles Coliseum, the Superdome, Yankee Stadium, Fenway Park, Wrigley Field — but none of them are a be-all and end-all.It’s just way American sports are structured. The major events are either played at the teams’ homes (World Series, NBA and NHL finals) or in rotating venues (the Super Bowl, the NCAA Final Four).

If you’re an athlete in England, however, Wembley Stadium is likely the ultimate goal unless you’re a rugby player striving to get to Twickenham.

Or it means you’re representing England on its national team.

But it’s not just soccer players. When it was time for British heavyweight champion Anthony Joshua to have his (thus far) career-defining fight against Wladimir Klitschko, where did he have it? Wembley, of course.

Oh yeah, they do concerts there too … big concerts.

So imagine what it’s like to be doing something so important that it’s worthy of Wembley and potentially 90,000 fans. 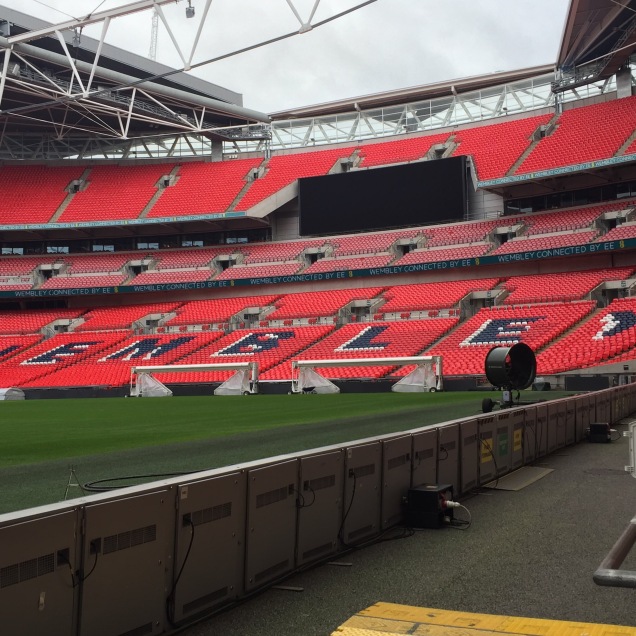 Our tour guide today couldn’t produce the cheering crowds, but we did get a chance to walk out of the tunnel, and even in imagination, it was pretty awesome.